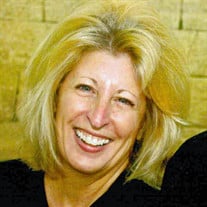 Stephanie Miller Ankeny, formerly Des Moines With deepest sorrow we announce the death of Stephanie Miller, age 57.  She died unexpectedly at her home on March 6, 2019. Those who knew Stephanie lost a shining light in their lives. She was a dear friend to many and an inspiration on how to live life in the face of adversity.   Stephanie was born June 13,1961 in Des Moines to Wilbur (Wimp) and Lena Stegman. She spent her youth in the Des Moines area graduating from Saydel High School and Iowa State University. While going to college, Steph worked as a secretary at Cottage Grove Presbyterian Church. Upon receiving her degree she taught at Hoover High School; it was during this time that she met her husband Gary Miller and she also became acquainted with the group of friends that would later be affectionately known as “The Hoots”. She then returned to school to earn her Master’s degree, which enabled her to follow her true passion of counseling students. At the time of her passing she was a counselor at Ankeny High School. Stephanie enjoyed sharing time with family and friends, entertaining in her home, making wonderful meals, watching Iowa State games, and vacationing in warm weather destinations.  She was extremely fond of animals, especially dogs, which she built strong bonds with several over the years.  The many games we played at her social gatherings were played at her direction.  Countless memories were made when she hosted guests at her lake house (The Villa).   Stephanie was preceded in death by her mother and father; brothers Robert Schick and Joseph Stegman; sister Maryanne Stegman; Aunt Carol and her husband Nick Zagar; and her beloved husband Gary Miller. She is survived by her two sisters Sheila Webb and Sue Stegman; her nephew Nicholas Webb (Kym); nieces Vicki and Brandi Webb; cousins Muriel (Lloyd) Harbin: Earl Kelly Jr. (Madeline); Pam (Jim-deceased) Coe; a multitude of other cousins and great nieces and nephews; as well as the children and family of Gary, including Marcia, Monica, Mindy and Mike. Mass of Christian Burial will be held at All Saints Catholic Church 650 N.E. 52nd in Des Moines, Iowa at 10:00 AM Monday, March 11, 2019.  The family will greet friends Sunday, March 10, from 3:00 to 5:00 PM at All Saints Church with a Prayer Service at 5PM. In lieu of flowers, donations may be made to either the National Suicide Prevention Lifeline (50 Broadway, Fl 19 New York, NY 10004 or the Animal Rescue League  5452 NE 22nd St. Des Moines, IA 50313. On-line condolences: DyamondMemorial.com Please deliver all floral arrangements to All Saints Catholic Church

Stephanie Miller Ankeny, formerly Des Moines With deepest sorrow we announce the death of Stephanie Miller, age 57.  She died unexpectedly at her home on March 6, 2019. Those who knew Stephanie lost a shining light in their lives. She was... View Obituary & Service Information

The family of Stephanie May Miller created this Life Tributes page to make it easy to share your memories.

Send flowers to the Miller family.