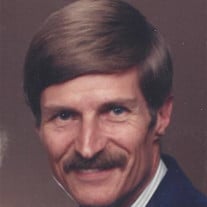 Stanley passed away at his home in the presence of his Des Moines family on May 2, 2019, at the age of 74. Stanley was born to Luella (Heil) Petersen and Chris Petersen, both of whom predeceased Stanley) in Omaha, Nebraska, on March 3, 1945. Stanley is survived by his daughter, Kellie Marie Petersen (Gene) Achey, of New Franklin, Missouri, his wife, Claranne (Kandi) Petersen; his stepchildren: Michele Reese (Scott Shipps), Melissa Cutler, and Charlie McClaran; eleven grandchildren; Nicolle (Ryan) Burks, Amanda Logsdon (Marshall), Bryan (Kristen) York, Kaylee Darr (James), Shaun, Elizabeth (Jeremy) Royce, Connor Turner, Ireland Cutler, Joshua McClaran (Stephanie), Carlie McClaran and Craig Mikesell; and thirteen great grandchildren: Nataleigh, James, and Emilia Burks, Danny McClaran, Avian and Jemma Timblin, Natalia and Charlie McClaran, Marshall and Marissa Field, Khloe York, Ashton and Emmy Mikesell. Stan is also survived by his sister, Sherrill McMahan, of Wentzville, MO, and nieces and nephews, Debbie (Dave) Francis, John (Heather) McMahan, Paula Petersen and Nate Petersen, and grandnephews Tommy Francis and Jackson McMahan and grandniece, Casey Francis as well as a number of cousins. In high school, Stan was in the ROTC and upon graduation served in the U.S. Navy on a mind sweep and was stationed in Viet Nam as well as in Australia. Upon his honorable discharge, Stan drove a delivery truck in California. After returning to Iowa and after the birth of his baby girl, Kellie, he settled Des Moines. Stan worked for the Meredith Corporation, Yellow Cab company as a dispatcher, Jeannie’s Tap as a bartender, Des Moines Metro Transit as a paratransit driver, Diamond Vogel as a delivery driver, and finally at Bindery 1 as a delivery driver. Stan made friends wherever he went and many friends are as close as family. He will be missed by his extended family and friends. A memorial service will be held on Wednesday, May 8, 2019, beginning at 4:00 p.m at the American Legion, 6805 Douglas Avenue Urbandale, IA

Stanley passed away at his home in the presence of his Des Moines family on May 2, 2019, at the age of 74. Stanley was born to Luella (Heil) Petersen and Chris Petersen, both of whom predeceased Stanley) in Omaha, Nebraska, on March 3, 1945.... View Obituary & Service Information

The family of Stanley John Petersen created this Life Tributes page to make it easy to share your memories.

Stanley passed away at his home in the presence of his Des Moines...

Send flowers to the Petersen family.