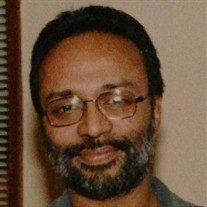 Soman Thomas Koshy, 56, of Des Moines, Iowa passed away on Thursday, January 25, 2018. A memorial service to respect and remember Soman’s life will be held at Sunset Memorial Gardens Chapel 7601 Fleur Dr. Des Moines, IA 50321 at 11:00 am on Saturday, February 3, 2018 with a reception immediately following the service. Soman was born in Kuwait, Kuwait to Akanad & Mary Koshy. He was raised in Kerala, India until the age of 9 when he, his parents and younger brother, Sunny, moved to Easton, Pennsylvania. Soman graduated from Wilson Area High School in 1978. He went on to study Engineering briefly at Penn State and later Iowa State. In 1983, Soman relocated to Des Moines, Iowa where he remained for the balance of his life. For the first ten years in Des Moines, Soman was a proud and active member of the South Des Moines Jaycees where he met and kept some of the best friends and memories he ever made. Soman was also involved in Real Estate but always claimed he was better at talking with people than selling them things. In 1997, Soman took up the hour long one-way commute to Pella to become a Data Security Analyst for Vermeer Manufacturing where he worked for nine years. Soman enjoyed the simplicity of life. A deep conversation, an emotional movie, road trips and cooking - especially a good steak. When it came to his steak, he always said, “knock its horns off, wipe its behind and put it on my plate”. But his truest love, besides his kids of course, were his dogs over the years. Denny, Rosie and Whiskey, Katie and Winnie the Pooh, and most recently, Roxie. The loyalty and compassion from his dogs is how he gauged his own behavior towards others in his life. Soman may not have always had it “all” but he would give it all to anyone in need. Soman is survived by his daughter Melissa (Nick) Strauss and their two children – Dominic (7) and Lilliana (4), and his son John Gay. Soman is also survived by his brother Sunny (Tina) Koshy and their two children Brianna (20) and Matthew (16) Soman is preceded in death by his parents and both sets of grandparents. Memorial Contributions can be made in Soman’s memory to Alcoholics Anonymous Central Office. Please make checks payable to Melissa Strauss with A.A. noted in the memo section. http://aadesmoines.org/

The family of Soman Thomas Koshy created this Life Tributes page to make it easy to share your memories.

Send flowers to the Koshy family.