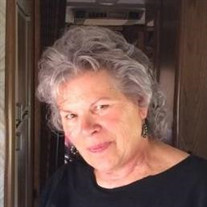 Roberta Lee Scantling 72 of Albert City IA. Passed away June 25, 2015 at her home. She was born to Henry L Johnson and Lillien T Johnson in Ketchikan, Territory of Alaska on November 25, 1942. She graduated from Mt. Vernon High School in Mt. Vernon, WA. in 1963 and graduated Renton Vo-Tech Institute in Renton, WA. in 1966. Roberta and her family moved down to the Seattle area when she was about nine years old, three years later she got her first horse. She had to have the horse shod, so she hired a farrier. Roberta was not happy with the job done. That was when she decided to learn how to shoe her own horse. She watch a few of the local farriers, collected tools and tricks to the trade and she shod her own horse successfully. She was working on The Lucky Seven Dude Ranch when she graduated high school. She was in charge of a stable of 20 horses. Her love for these majestic animals grew. She was one of two female farriers on the west coast in the 1970s. Her horse at the time was Stanley's Little Guy, he was her trick horse that she had (trained up) as she would say. Growing up was an adventure with mom. Us kids learned to ride at a young age, the family was in the Greeley Hill Saddle Club in Greeley Hill, CA. for a number of years, doing shows, play days, parades, and trail rides. Mom's last adventure. Roberta bought an R.V. an she was off. She left home on the 13th of Dec. for her daughter Belinda's house in Blue Springs, MO. her son Brooks stopped in to visit while she was there as well. Dec. 16th she headed for ARK. to see a life long friend Alice. She stayed over a few days and off again. She was in Amarillo, TX. by the 21st she was getting about 500 to 600 miles a day. She had a blow out on the RV in Needles, CA. on the 23rd, and just north of Medford, OR. on the 24th. Roberta was trying to get to her mothers in Auburn, WA. by Christmas. She made it in the afternoon Christmas day. The reason she went to Washington was her sister Valarie had fallin ill, and she wanted to see her and help with their mother Lee (Lillien). Roberta got to spend alot of time with her brother and sisters and their families, living so far apart there was a lot of catching up to do. She got to drive her mother to area senior centers and visit folks, Grandma at age 97 years young is still very active, and mom got to be a part of it. Roberta also helped an old friend and former husband John Stanley to moved to another facility, were he is now happier. She headed home April 24th. I got a call the 26th of April, that mom's RV had a blown motor. So I called her and we made arrangements to get it fixed. Cousin Todd fixed it. A month and a half later she was back on the long road home. The 5th of June she called to get derections to Mike and I's place. She got here on the 6th. We had a good visit. and she headed for home. On the 14th of June she texted me a picture of her RV in her yard. and said (I am home.) Roberta was servived by her children Paul, Brooks, Jonlynn, Belinda, and Wayon. Her 14 grandchildren and 8 great grandchildren.

Roberta Lee Scantling 72 of Albert City IA. Passed away June 25, 2015 at her home. She was born to Henry L Johnson and Lillien T Johnson in Ketchikan, Territory of Alaska on November 25, 1942. She graduated from Mt. Vernon High School in Mt.... View Obituary & Service Information

The family of Roberta Lee Scantling created this Life Tributes page to make it easy to share your memories.

Send flowers to the Scantling family.