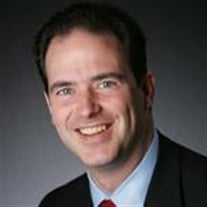 John O’Brien, age 48, died suddenly March 31, 2017, at Cedars-Sinai Hospital in Los Angeles. John was born in Davenport, Iowa, March 6, 1969, to David and Marilyn (McGee) O’Brien. He grew up in Indianola, Iowa and was involved in track and cross-country and played in a rock band. He graduated from Indianola High School in 1987 as valedictorian of his class. John attended Iowa State University and received his Bachelor of Science in Electrical Engineering in 1991. In the Fall of 1991, John began his studies at California Institute of Technology in Pasadena, California and earned a Masters and Ph.D in Applied Physics. In 1997, John began his academic career in the College of Engineering at the University of Southern California. He was a Professor and his research focused on nanophotonic and photonic crystal devices. Over the past ten years, John served as Senior Associate Dean of Faculty Affairs and then Executive Vice Dean in the College of Engineering. John is survived by his mother, Marilyn O’Brien, and his sister, Marcy O’Brien. He is preceded in death by his father, David O’Brien; his maternal grandparents, William and Kay McGee, and his paternal grandparents, Philip and Margaret O’Brien. John was loved by many and will be deeply missed. A funeral Mass will be held at 11:00 a.m., Saturday, April 8, 2017 at Christ the King Church; visitation will begin at 9:00 a.m. in the CTK Parish Hall. Memorial contributions may be made to an Order close to John’s heart, Western Dominican Province (Dominican Friars) at www.opwest.org/donate or 5877 Birch Ct., Oakland, CA 94618. On-Line condolences may be made: DyamondMemorial.com Floral deliveries may be made directly to Christ the King Parish.

The family of John O'Brien created this Life Tributes page to make it easy to share your memories.

Send flowers to the O'Brien family.