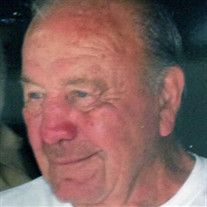 John P. Mills ANKENY John Paul Mills, 91, of Ankeny, Iowa died September 20, 2018 while in hospice care, surrounded by his loving family. John was born in Redfield, Iowa April 28, 1927 to Dr. Redfield Clipper and Ella (Shaw) Mills. He was the fourth of six children. John attended Redfield High School where he took early graduation to join the Navy. His basic training was done in April of 1945 at Great Lakes Naval Station. He then deployed on the USS Pritchett to his duty in Hawaii. After his military service he attended Simpson College where he met his future wife, Carolyn Joanne Killam. On September 12, 1947 John and Carolyn were united in marriage until her death in 2006. They were blessed with six children from this union. John graduated from Simpson College with a teaching degree. While in college John participated in football, basketball, and baseball. His prowess in football helped him attain All American status in the small college division. Those activities were a key part to his ensuing career in teaching, coaching, and officiating. Over the years John umpired in the Big Eight Conference, Big Ten Conference, the Iowa Conference, Sec Taylor stadium and high school diamonds all over the state. His teaching assignments included stops in Panora, Griswold, Madrid, Pleasant Valley, and Saydel, Iowa. John retired from Saydel in 1989. In 2012 John was inducted into the Iowa Baseball Hall of Fame. That followed his earlier inductions into the Simpson College Hall of Fame and the Iowa High School Football Coaches Hall of Fame. His family was proud of all his accomplishments. John was preceded in death by his parents, wife of 59 years Carolyn, brothers Eugene, Locke, and Donald and sisters Mary Alice and Janet. Oth- ers to precede him in death were his grandson Tim Syferd and son-in-law Michael L. Webb. Although John was renowned for his accomplishments as a coach, teacher, and referee his greatest joy and most significant achievements came from his family life. He relished his role as husband, father, uncle, grandpa, and great-grandpa. Those left to cherish the many great memories are children Linda Kay (Don) Syferd, Ann Elizabeth (Dave) Kissinger, Carol Ruth Webb, John Paul (Ann) Mills, Timothy Scott (Sherry) Mills, and Joel William (Gay Butler Mills) Mills, fourteen grandchildren, twenty-seven great grandchil- dren, and very special friend, Sue Moore, and her family. A memorial visitation will be held at the United Methodist Church, 206 SW Walnut, Ankeny, Iowa from 5:00 to 8:00 pm on Thursday, September 27th. Memorial services will be held September 28th at United Methodist Church at 11:00 am. Inurnment will be a private ceremony at Pine Hill Cemetery in Saylor Township. In lieu of flowers memorials can be made to the Madrid High School Athletic Department, Saydel High School Athletic Department, the Red- field American Legion, or the John P. Mills Championship Fund in care of Simpson College.

The family of John Paul Mills created this Life Tributes page to make it easy to share your memories.

Send flowers to the Mills family.