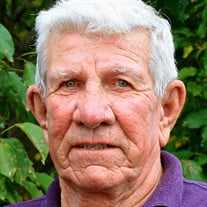 Donald Arthur Glaser, 74, passed away Monday, November 3, 2014, at Mercy Hospital in Des Moines, Iowa.    Donald was born on November 13, 1939 in Algona, Iowa to Arthur and Violet (Madden) Glaser. He graduated high school and enlisted in the United States Air Force. He worked for the phone company, volunteered on the Algona Fire Department, and was a proud 4th Degree member of the Knights of Columbus. He enjoyed playing cards, spending time with family and wintering in Texas.     Survivors include his wife, Annabelle (Tietz) Glaser, three children, eleven grandchildren and five great-grandchildren, as well as his brother, sister, nieces and nephews. He was preceded in death by his parents, and two sisters.  Mass of Christian Burial will be at 11:30 am, Thursday, November 6, 2014, at Saints John and Paul Catholic Church 1401 1st Ave S., Altoona, Iowa. Visitation with family present will be Wednesday, November 5, 2014, 5:00 pm—7:00 pm at the church, with a 7:00 pm scripture service. Burial will follow at the Altoona Cemetery in Altoona. Memorial Contributions may be made to Dollars for Scholars in loving memory of Donald.

The family of Donald Arthur Glaser created this Life Tributes page to make it easy to share your memories.

Send flowers to the Glaser family.