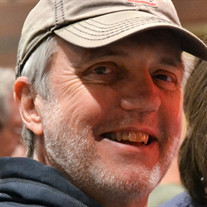 Dennis Guffey died peacefully on July 10, 2020 following his battle with cancer. He was born in Green Castle, Missouri to Clayton Keith Guffey and Maggie Iona (Cooley) Guffey on June 14, 1947 and grew up in Davenport, Iowa. He graduated from Davenport Central High School in 1965 and attended Iowa Wesleyan College. After graduating from the University of Iowa, Dennis served his country as a General’s Aide in the U.S. Army in Korea during the Vietnam War. He and his former spouse Marcia (Gatton) Guffey raised their daughter Angie in Ankeny, during which time Dennis held various leadership positions with several state government agencies in Des Moines. After retirement from state government, Dennis enjoyed working at Barnes and Noble and especially as a volunteer for the central Iowa Planned Parenthood Book Sale, where he spent countless hours volunteering. Dennis was an avid reader and runner who ran thousands of miles on the Des Moines area trails over the years, finished Grandma’s Marathon in Minnesota, and completed a couple of decades worth of Dam to Dam Races in Des Moines and lots and lots of Bix Races in Davenport. In recent years, Dennis also completed El Camino de Santiago in Spain and a trip to Ireland. His love of the Iowa Hawkeyes and years of road trips to football games in Iowa City didn’t keep him from rooting for UNI, ISU and Drake. He was also a die-hard St. Louis Cardinals fan who still managed to enjoy the Iowa Cubs. Those who were lucky enough to know Denny, found him to be a loyal friend who was an exceptional listener, despite his hearing challenges. He made lifelong friends throughout every stage of his life, loved watching/talking sports with those friends and appreciated the arts. However, his favorite activity was spending time with and supporting his grandkids. Dennis is survived by daughter, Angela (Greg) Luttenegger and grandchildren, Kaylen and Carson Luttenegger all of Ankeny; brother, Gordon (Karen) Guffey and sister, Carol Ney both of Davenport; sister, Debra Young-Guffey of California; along with numerous nieces, nephews and cousins. He is preceded in death by his parents and brother-in-law Ron Ney. A Celebration of Life will be held at Tower Park (to allow for social distancing) 4900 Hickman Road in Des Moines on Sunday, August 9th at 1:00 pm. A private (due to Covid) Military Burial will take place at the Rock Island Arsenal in the Quad Cities with a public Celebration of Life for any friends and family on Friday, August 14th on the outdoor patio of The Circle Tap in Davenport from 4:00 to 7:00 pm. Memorial contributions may be made to Central Iowa Trail Association, Planned Parenthood Book Sale, Hospice of your choice, or in lieu of memorial contributions please consider going fishing or contacting a friend you haven’t seen in a while. Condolences may be expressed at dyamondmemorial.com/obituaries.

Dennis Guffey died peacefully on July 10, 2020 following his battle with cancer. He was born in Green Castle, Missouri to Clayton Keith Guffey and Maggie Iona (Cooley) Guffey on June 14, 1947 and grew up in Davenport, Iowa. He graduated from... View Obituary & Service Information

The family of Dennis Van Jay Guffey created this Life Tributes page to make it easy to share your memories.

Send flowers to the Guffey family.