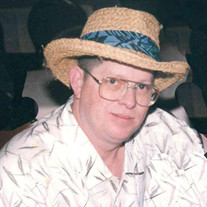 Daniel Alan Scarpino was born January 30, 1958 in Des Moines, Iowa to Sally E. Scarpino (Rettig) and Kenneth P. Scarpino Sr. Danny served his country honorably in the US Army Vietnam era Desert Storm and until his honorable discharge in 1995. Dan is survived by his wife of 30 years, Sherry Scarpino; stepson, Dustin Brown; 2 grandchildren, Zoe and Adrianna Brown; along with seven brothers and sisters, Donna (Chuck Ray), Linda (Chuck Miller), Gina (Tim Duffy), Ken Jr. (Brenda), Marty (Deena Edelstein), Mike (Teri Spillman), Joe (Teresa); mother in law, Velda Hanson; brother in law, Bruce (Lori) Hanson; sister in law, Deb Krause and nephew, Eric Rathert; and his longtime childhood friend Chuck “Chuckie” Manders. He will also be missed by his many cousins, nieces, and nephews. Dan was preceded in death by his parents and a niece, Angela Hughes. Dan was a lifelong food and beverage worker and entrepreneur. He began his passion for food preparation and cooking in his early days at his parents restaurant, Scarpino‘s Pizza, and in the manufacturing of Scarpino‘s Real Italian Salad Dressing.  After attending high school, he enlisted in the US Army and continued on with his cooking as an army cook. He spent time in Saudi Arabia during Desert Storm, based out of Fort Huachuca, Arizona. After serving in the army, Dan worked in restaurants throughout the Des Moines area as well as a short time in partnership with his sisters. Dan worked endlessly putting together an award-winning recipe for Italian sausage. He made his spices for the sausage available exclusively to businesses and close friends over the years. Dan and Sherry recently have had the fortunate opportunity to routinely travel out west to Arizona Nevada Montana Utah and all of the states in between and around, loving the history and the sights and getting to visit his grandchildren. Dan took lots of pictures! Dan will be missed by many, his generosity and willingness to help others, made him a strong spirit. He was an avid Minnesota Vikings fan. In Lieu of flowers memorial contributions may be made to the Des Moines Veterans Hospital Hospice or the Animal Rescue League of Des Moines. Funeral service will be at 5:45 PM Wednesday, April 6, 2022, at the Caldwell Parrish Funeral Home 8201 Hickman Road, Urbandale, Iowa. Visitation will be 4pm until service time at the funeral home. Burial will be 11 AM Thursday, 7, 2022 Iowa Veterans Cemetery in Adel, Iowa.

The family of Daniel Alan Scarpino created this Life Tributes page to make it easy to share your memories.

Send flowers to the Scarpino family.